Red Rover, Red Rover, send Perseverance right over! I can’t tell you how exciting it is that we’re sending rovers back to the Red Planet. Will the new rover, Perseverance, be able to find signs of life (or past signs of life) with its fancy new drill? Will the knowledge collected from this multi-year mission pave the way for a human expedition? We won’t have to wait long. The mission is set to launch later this summer. Check out NASA’s website for updates.

I recently attended New York Academy of Science’s virtual panel discussion “Alienating Mars: Challenges of Space Colonization,” featuring Kennda Lynch, Lucianne Walkowicz, and Christopher Mason. The evidence seems clear that no matter how badly we destroy the Earth, it will be more hospitable than Mars’s radiation and atmosphere. Terraforming is not out of the question, though should we seems to be a more pertinent question than can we.

But even if you’re not thinking of colonizing Mars as Earth’s “satelite office,” the fact that human exploration of the Red Planet is coming closer to a reality is exciting stuff. What can we learn about Mars’s surface, atmosphere, and inner layers that will give us clues as to what we can do to prevent our blue-green world from the same desolate fate?

In preparation of summer’s launch, several publishers have decided to launch Mars and space exploration projects of their own…

The Search for Life on Mars: The Greatest Scientific Detective Story of All Time by Elizabeth Howell and Nicholas Booth

The Search for Life on Mars is based on more than a hundred interviews with experts at NASA’s Jet Propulsion Laboratory and elsewhere, who share their insights and stories.

Once Upon a Time I Lived on Mars: Space, Exploration, and Life on Earth by Kate Greene

In 2013, Kate Greene moved to Mars. That is, along with five fellow crew members, she embarked on NASA’s first HI-SEAS mission, a simulated Martian environment located on the slopes of Mauna Loa in Hawai’i. For four months she lived, worked, and slept in an isolated geodesic dome, conducting a sleep study on her crew mates and gaining incredible insight into human behavior in tight quarters, as well as the nature of boredom, dreams, and isolation that arise amidst the promise of scientific progress and glory. In Once Upon a Time I Lived on Mars, Greene draws on her experience to contemplate humanity’s broader impulse to explore.

The Sirens of Mars: Searching for Life on Another World by Sarah Stewart Johnson

In this beautifully observed, deeply personal book, Georgetown scientist Sarah Stewart Johnson tells the story of how she and other researchers have scoured Mars for signs of life, transforming the planet from a distant point of light into a world of its own. 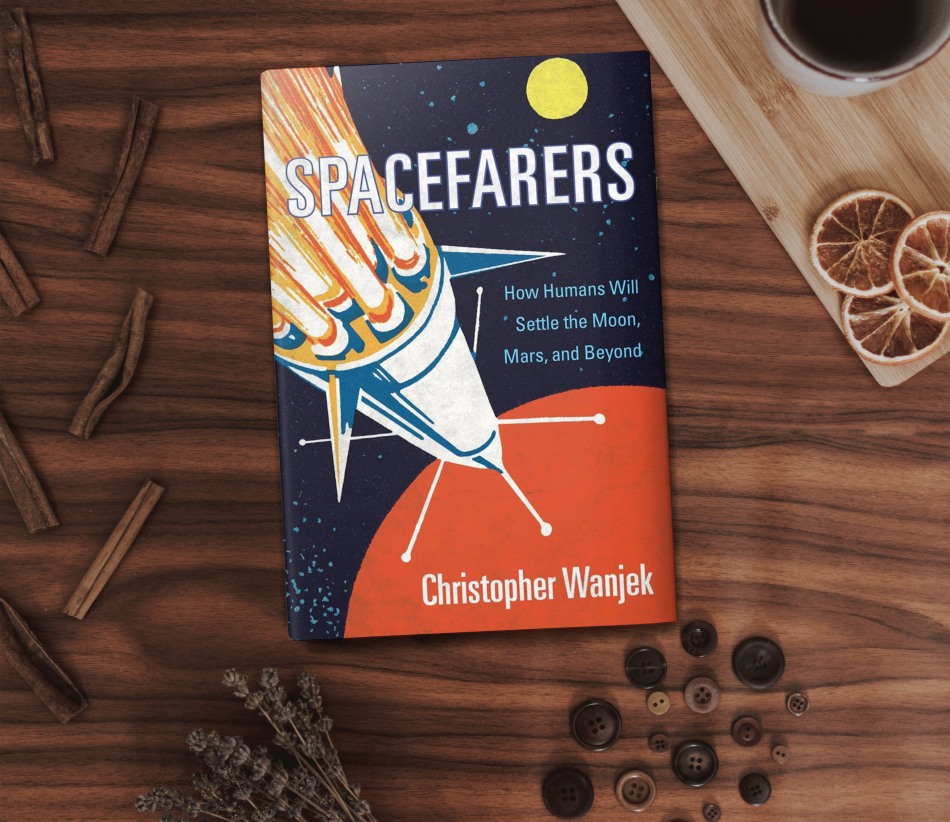 Spacefarers: How Humans Will Settle the Moon, Mars, and Beyond by Christopher Wanjek

A wry and compelling take on the who, how, and why of near-future colonies in space. From bone-whittling microgravity to eye-popping profits, the risks and rewards of space settlement have never been so close at hand.