Six Impossible Things: The Mystery of the Quantum World by John Gribbin

In this concise and engaging book, astrophysicist John Gribbin offers an overview of six of the leading interpretations of quantum mechanics. Gribbin presents the Copenhagen Interpretation, promoted by Niels Bohr and named by Heisenberg; the Pilot-Wave Interpretation, developed by Louis de Broglie; the Many Worlds Interpretation (termed “excess baggage” by Gribbin); the Decoherence Interpretation (“incoherent”); the Ensemble “Non-Interpretation”; and the Timeless Transactional Interpretation (which theorized waves going both forward and backward in time).

The World According to Physics by Jim Al-Khalili 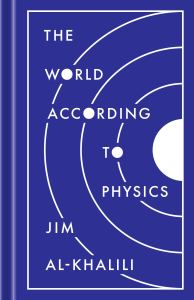 Quantum physicist, New York Times bestselling author, and BBC host Jim Al-Khalili illuminates the physics of the extreme cosmic and quantum scales, the speculative frontiers of the field, and the physics that underpins our everyday experiences and technologies, bringing the reader up to speed with the biggest ideas in physics in just a few sittings. Making even the most enigmatic scientific ideas accessible and captivating, this deeply insightful book explains why physics matters to everyone.

The question of how falling cats land on their feet has long intrigued humans. In this playful and eye‑opening history, physicist and cat parent Gregory Gbur explores how attempts to understand the cat‑righting reflex have provided crucial insights into puzzles in mathematics, geophysics, neuroscience, and human space exploration. The result is an engaging tumble through physics, physiology, photography, and robotics to uncover, through scientific debate, the secret of the acrobatic performance known as cat‑turning, the cat flip, and the cat twist.

Stephen Hawking: His Science in a Nutshell by Florian Freistetter

Ivo van Vulpen—a CERN particle physicist and member of the team behind the detection—invites us on a journey to the frontiers of our knowledge, answering question such as:

Wizards, Aliens, and Starships: Physics and Math in Fantasy and Science Fiction by Charles L. Adler 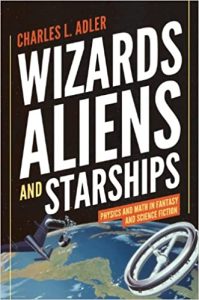 Wizards, Aliens, and Starships delves into the most extraordinary details in science fiction and fantasy–such as time warps, shape changing, rocket launches, and illumination by floating candle–and shows readers the physics and math behind the phenomena. With simple mathematical models, and in most cases using no more than high school algebra, physics professor Charles Adler ranges across a plethora of remarkable imaginings, from the works of Ursula K. Le Guin to Star Trek and Avatar, to explore what might become reality.

0 comments on “6 Impossible Books on Physics”