The Visual World of Shadows by Roberto Casati and Patrick Cavanagh 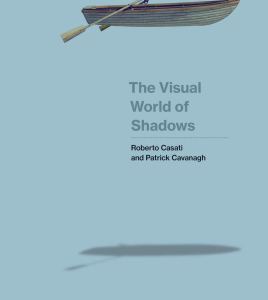 In The Visual World of Shadows, Roberto Casati and Patrick Cavanagh examine how the perception of shadows, as studied by vision scientists and visual artists, reveals the inner workings of the visual system. Shadows are at once a massive problem for vision―which must distinguish them from objects or material features of objects―and a resource, signaling the presence, location, shape, and size of objects. (May 21)

Our planet wobbles, driving changes in climate that forced the transition from nomadism to farming. Mountainous terrain led to the development of democracy in Greece. Atmospheric circulation patterns later on shaped the progression of global exploration, colonization, and trade. Even today, voting behavior in the south-east United States ultimately follows the underlying pattern of 75 million-year-old sediments from an ancient sea. Everywhere is the deep imprint of the planetary on the human. From the cultivation of the first crops to the founding of modern states, Origins reveals the breathtaking impact of the earth beneath our feet on the shape of our human civilizations. (May 14)

The Reality Bubble: Blind Spots, Hidden Truths, and the Dangerous Illusions that Shape Our World by Ziya Tong 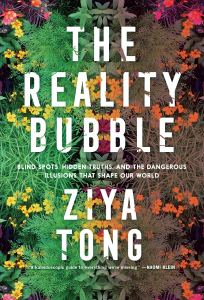 Discovery Channel broadcaster Ziya Tong takes us on a journey through mankind’s blind spots, from X-Rays, infared, and ultraviolet to not knowing where our food and energy comes from and where our waste goes. From one of the world’s most engaging science journalists, The Reality Bubble is a groundbreaking and wonder-filled look at the hidden things that shape our lives in unexpected and sometimes dangerous ways. (May 14)

A World Beyond Physics: The Emergence and Evolution  of Life by Stuart A. Kauffman

In A World Beyond Physics, theoretical biologist Stuart Kauffman asserts that physics alone cannot tell us where we came from, how we arrived, and why our world has evolved past the point of unicellular organisms to an extremely complex biosphere. His latest book offers an explanation, beyond what the laws of physics can explain, of the progression from a complex chemical environment to molecular reproduction, metabolism and to early protocells, and further evolution to what we recognize as life. (May 1) 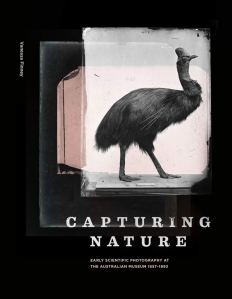 In the mid-nineteenth century, scientists around the world were quick to see photography’s huge potential for capturing fleeting moments of life, death, and discovery. At the Australian Museum, curator Gerard Krefft and taxidermist Henry Barnes began to experiment with the revolutionary new art form, preparing and staging their specimens—from whales and giant sunfish to lifelike lyre bird scenes and fossils—and documenting them in thousands of arresting images. Capturing Nature reveals these groundbreaking photographs for the first time, along with the Australian Museum’s urgent quest to become more scientific in its practices. (May 1)

Everyday Amazing: Fascinating Facts about the Science That Surrounds Us by Beatrice the Biologist 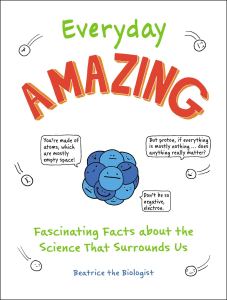 Beatrice the Biologist is an easily amused former high school biology teacher with a soft spot for the mind-blowing science we encounter daily that we often take for granted. In Everyday Amazing, she shines the spotlight on ten different types of amazing everyday scientific facts in short chapters full of fun and fascinating tidbits bound to both entertain you and expand your horizons! Learn the basics of atomic science, sound waves, bioscience, microbiology, and more in accessible chapters offering a fresh perspective on concepts you may have learned about, but aren’t totally clear on. Quirky illustrations throughout add to the fun. (May 7)

0 comments on “Most Anticipated May Reads”