It is difficult to choose which books I’m most looking forward to in 2019. As I write this mid-December, already more than 500 science books have been announced, almost 100 math books, and more than 300 nature books. I took on the gargantuan task of surveying each one and choosing just five. 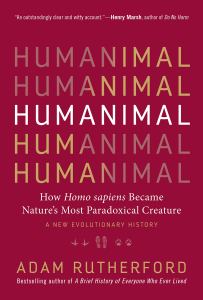 I loved A Brief History of Everyone Who Ever Lived, which came out in the US at the end of 2017 (and in paperback in 2018). I’m thrilled to see that The Experiment, one of my favorite publishers of science books, is bringing Inside Science host back for another title on genetics. Publishers Weekly describes the book (titled The Book of Humans in the UK) as exploring “how humans became the creatures they are today, and what does, and doesn’t, separate them from other species.” (March 2019)

Humble Pi: A Comedy of Maths Errors by Matt Parker 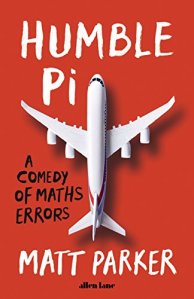 From one third of Festival of the Spoken Nerd and author of Things to Make and Do in the Fourth Dimension, this book is all about what happens when math goes wrong in the real world. Exploring and explaining a litany of near-misses and mishaps involving the internet, big data, elections, street signs, lotteries and the Roman empire, Matt Parker shows us the bizarre ways maths trips us all up, and what this reveals about its essential place in our world. (March 2019)

Hacking Darwin: Genetic Engineering and the Future of Humanity by Jamie Metzl 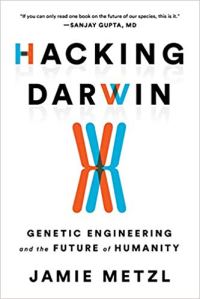 From sci-fi novelist Jamie Metzl comes a non-fiction book that looks at the many ways genetic-engineering is shaking the core foundations of our lives ― sex, war, love, and death. I first heard this book was coming from a New York Academy of Sciences panel discussion on the ethics of manipulating DNA (to design your unborn children, for example). When we can engineer our future children, massively extend our lifespans, build life from scratch, and recreate the plant and animal world, should we? (April 2019)

Professor Brian Cox is back with another insightful and mind-blowing exploration of space. This time he shows us our solar system as we’ve never seen it before. Cox and BBC Executive Producer of the television documentary series of the same name piece together data from space probes to tell the life and times of the planets that share our sun. I’ve already read Dava Sobel book on the subject (also called The Planets), so I’m curious to know how TV scientist Prof. Brian Cox’s depiction is different. I’m also looking forward to seeing Cox lecture in New York the same month as this book comes out. (April 2019)

Einstein’s Unfinished Revolution: The Search for What Lies Beyond the Quantum by Lee Smolin 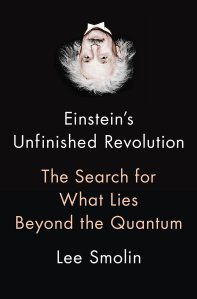 In this vibrant and accessible book, Smolin argues we must go beyond quantum mechanics to a description of the world on an atomic scale in order to seek simple answers to our simple questions about the universe we live in. He guides us towards a vision of the quantum that embraces common sense realism (something you don’t often get with quantum). I’ve been hearing about theoretical physicist Lee Smolin and his books from my favorite physicists for a while, including Janna Levin and Carlo Rovelli. I’ve been meaning to pick up one of his books, so why not start with his newest? (April 2019)

0 comments on “Most Anticipated Books of Spring 2019”