Genius: The Life and Science of Richard Feynman by James Gleick 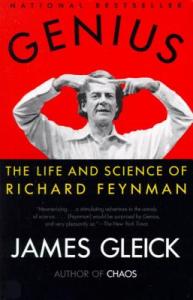 Physicist Richard Feynmanquick mastery of quantum mechanics earned him a place at Los Alamos working on the Manhattan Project under J. Robert Oppenheimer, where the giddy young man held his own among the nation’s greatest minds. There, Feynman turned theory into practice, culminating in the Trinity test, on July 16, 1945, when the Atomic Age was born. He was only twenty-seven. And he was just getting started. In this sweeping biography, James Gleick captures the forceful personality of a great man, integrating Feynman’s work and life in a way that is accessible to laymen and fascinating for the scientists who follow in his footsteps.

Discuss this book with 223 other people 🢂 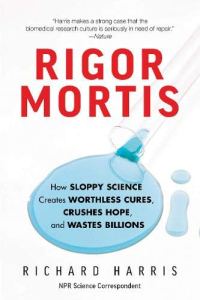 American taxpayers spend $30 billion annually funding biomedical research, but over half of these studies can’t be replicated due to poor experimental design, improper methods, and sloppy statistics. Bad science doesn’t just hold back medical progress, it can sign the equivalent of a death sentence for terminal patients. In Rigor Mortis, Richard Harris explores these urgent issues with vivid anecdotes, personal stories, and interviews with the top biomedical researchers. We need to fix our dysfunctional biomedical system–before it’s too late.

Discuss this book with other 3,337 people 🢂

Spying on Whales: The Past, Present, and Future of Earth’s Most Awesome Creatures by Nick Pyenson 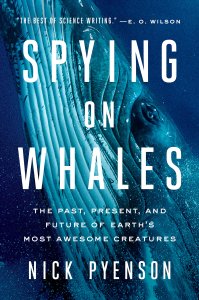 Nick Pyenson’s research has given us the answers to some of our biggest questions about whales. He takes us deep inside the Smithsonian’s unparalleled fossil collections, to frigid Antarctic waters, and to the arid desert in Chile, where scientists race against time to document the largest fossil whale site ever found. Full of rich storytelling and scientific discovery, Spying on Whales spans the ancient past to an uncertain future–all to better understand the most enigmatic creatures on Earth.