Last month, I attended the book discussion for Quanta magazine‘s first two books, Alice and Bob Meet the Wall of Fire and The Prime Number Conspiracy. In this excerpt of the conversation, the panelists discussed the most exciting things happening in their respective fields:

Natalie Wolchover: What excites me most is that in this period of turmoil and crisis in fundamental physics, there are a lot of new ideas bubbling up. Mostly what it is is people are questioning the assumptions that they’ve held for a long time. They kind of felt that we’d just be playing out this plan that we’d laid out of looking for supersymmetry, and then finding it, and then understanding how all the particles in nature fit together, and maybe getting evidence for string theory somehow, and then we’re done. That obviously has not happened. So people are really going back and questioning the assumptions, like naturalness. They’re trying to better understand the patterns in the equation, so all the mysterious things about the equations that we have already to try to understand why they are the way they are. I think there’s a lot of fascinating stuff coming out of here.

Robbert Dijkgraaf: I would highlight the collision of the very small and the very large, where cosmology and quantum theory are colliding. I think we are all excited about what we do not understand. I think most of you know that 95% of the universe is dark matter, dark energy. We know there are black holes, we know there’s something like the Big Bang, we know that nature found a way to resolve the logical problems, so these are, as often said, the paradoxes of the 21st Century, as the atom was the paradox for the 20th Century. We know they’re out there. Somehow nature found a way around. What I find extremely exciting for theoretical physics and mathematics, I feel it’s like a jig-saw puzzle. We started on the very edge, the easy part, perhaps the corners. And now we go into the middle part where you actually see ideas from many, many fields coming together. So, when you study gravity or quantum physics or quantum information or very pure math—perhaps even number theory—somehow it all comes together. If you’re a young person right now, you can have this great pleasure of moving in all these worlds and still thinking about the same problem. I think that’s extremely exciting. 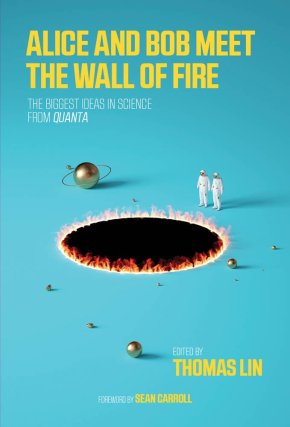 John Rennie: There’s a big concept, the idea that embedded in nature, the sheer nature of the physical world is such that it can drive a lot of the form of what we find in nature. So, there are scientists like Jeremy England at MIT, for example, who’ve been developing arguments that suggest that there’s a kind of inevitability to life because life is a natural manifestation of the tendency in the material world to keep finding better and better ways to dissipate entropy. That is a fascinating idea that way. The complexity you see arising in life over time, there may actually be an innate directionality toward complexity that comes to that.

The thing that I think that’s just endlessly fascinating is all the stuff that you would think we would understand about life by now, how often we really don’t. Craig Venter and his group a few years ago, they said, “Let’s take all that we understand about genomics and let’s try to create the simplest living cell we possibly could.” And so they took all the kind of things and they tried to figure out what would be the minimum number of genes they could put into an artificial cell, and they tried and tried and tried. It was dismal failure because they couldn’t keep those things alive. So they tried it a different way, where they started off with a really small cell and started randomly knocking things out to see what would be left. What they were left with at the end was this artificial organism that had only like 473 genes, I think. It’s really, really small. It’s like a tenth of what you’d find in something like an E. coli. But here’s the kicker! Of those 473, like 150 of them, we have no idea what those genes do. So even when we tried to get it down to the minimum number of stuff, we found out we still don’t even understand why those things were alive. There’s still so much to learn at that basic level of “What are genomes doing?”

Kevin Hartnett: There’s a lot of exciting work going on in math: the search for rational solutions to polynomial equations. There are several exciting initiatives in that respect. Mathematicians are optimistic that we will be identifying rational solutions in a more systematic way.

Work that puts analysis and algebra in conversation with each other and allows mathematicians to port results back and forth. There’s a lot of exciting work there, and that opens up solutions on both sides.

Want more? Quanta magazine has the whole event available as a video and an audio podcast here.