The Genius of Birds by Jennifer Ackerman

As she travels around the world to the most cutting-edge frontiers of research, Ackerman not only tells the story of the recently uncovered genius of birds but also delves deeply into the latest findings about the bird brain itself that are shifting our view of what it means to be intelligent. At once personal yet scientific, richly informative and beautifully written, The Genius of Birds celebrates the triumphs of these surprising and fiercely intelligent creatures.

Discuss this book with 3,259 other people 🢂

A Short History of Nearly Everything by Bill Bryson

Taking as territory everything from the Big Bang to the rise of civilization, Bryson seeks to understand how we got from there being nothing at all to there being us. To that end, he has attached himself to a host of the world’s most advanced (and often obsessed) archaeologists, anthropologists, and mathematicians, travelling to their offices, laboratories, and field camps. A Short History of Nearly Everything is the record of this quest, and it is a sometimes profound, sometim funny.

Discuss this book with 155 other people 🢂

Chasing New Horizons: Inside the Epic First Mission to Pluto by Alan Stern and David Grinspoon

The up close, inside story of the greatest space exploration project of our time, New Horizons’ mission to Pluto, as shared with David Grinspoon by mission leader Alan Stern and other key players.

The Brain: A Very Short Introduction by Michael O’Shea 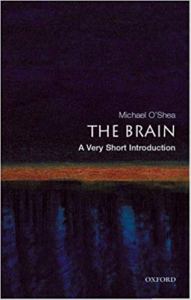 A non-technical introduction to the main issues and findings in current brain research and gives a sense of how neuroscience addresses questions about the relationship between the brain and the mind. Short, clear discussions on the mechanical workings of the brain are offered and the details of brain science are covered in an accessible style.