This April, William Morrow published Steve Brusatte’s The Rise and Fall of the Dinosaurs: A New History of a Lost World. This book is perfect for anyone who had a dinosaur obsession as a kid but has not been keeping up with paleontology news in the last few decades. You probably heard that dinosaurs had feathers. What’s all that about? Is there a general consensus yet on what killed the dinosaurs? Have they discovered any new kinds of dinosaurs lately? This book will bring you up to speed.

Brusatte devotes an entire chapter to the king of the dinosaurs, the Tyrannosaurus rex. Here, he delivers all the newest findings about this behemoth carnivore and bashes a few T. rex myths along the way. Here are a few misconceptions:

Actually, T. rex (aka Tyrannosaurus rex) is just one of many kinds of Tyrannosaur dinosaurs. Others include Tarbosaurus and Zhuchengryrannus. The T. rex, though, stands alone as the biggest purely meat-eating animal that ever existed on Earth.

In Jurassic Park, we watched T. rex chase down a Jeep. Actually, T. rex could probably only run 20 to 30 mph. At her size, the silver screen T. rex would have actually toppled like a big truck trying to turn a corner too fast!

T. rex was more of a scavenger than a hunter

Not so! While a T. rex may have occasionally scavenged a dead animal, most of its meals were caught and killed. They hunted in packs, using stealth and power (because, as we’ve learned, they couldn’t run very fast). Many fossils of herbivores like Triceratops show T. rex tooth impressions on their bones as well as signs of healing, suggesting the prey was attacked and escaped. There’s even a specimen of an Edmontosaurus’ tailbones that healed around a dislodged T. rex tooth!

Like trees, you can tell the age of the dinosaur (when it died) by cutting open a bone and counting the rings. A few decades ago, people thought T. rex grew like iguanas, that they grew little by little throughout their whole lives until they reached the 42-foot long creatures we’ve found buried as fossils. Today, by studying the bones, we know this isn’t true. T. rex grew from the size of a pigeon to 42 feet really quickly. No T. rex fossil has been found where the dinosaur was older than 30 when it died, which means T. rex would have had to gain almost 5 pounds per day during its teenage years to get this big!

There is some relief in watching Jurassic Park when you learn the best way to avoid a T. rex is to simply stay still. She can’t see you if you’re not moving. Unfortunately for T. rex‘s real prey, this would not have worked. By giving T. rex skulls CAT scans, we’ve learned that big tyrannosaurs and raptor dinosaurs had extraordinarily good senses of smell, compared to other meat-eating dinosaurs. Also, because of the placement of the eyes, T. rex would have had depth perception just like us.

Well, yes, T. rex likely did have feathers, but not bird feathers in the way you are imagining them. Brusatte writes, “These earliest feathers, however, looked very different from the quill pens of modern birds. The material that glazed the body of Sinosauropteryx and most other Liaoning dinosaurs was more like fluff, made up of thousands of hairlike filaments that paleontologists call proto-feathers.”

Proto-feathers had many functions for non-flying animals, such as staying warm, attracting mates, and scaring enemies. It appears that feathers evolved for some of these other reasons, and that flying came into the picture much later. You can even tell the color of dinosaur feathers by the shape of melanosome fossils. The feathers seem to have been bright, ornate, and multicolored, probably evolved for show more than anything else.

Birds are descendants of dinosaurs

Actually, birds ARE dinosaurs. By definition, a dinosaur is anything that shares a particular ancestor, an ancestor shared by Iguanodon and Megalosaurus. The definition is arbitrary, based on the fact that these two dinosaurs were of the first dinosaur fossils ever discovered (in the 1820s). If different creatures from different eras had been dug up first, we might have included more or fewer species into the “dinosaur” category.

Birds are not descendants of dinosaurs

Purchase Steve Brusatte’s The Rise and Fall of the Dinosaurs: A New History of a Lost World from your local indie bookshop.

On a personal note, this book was my summer beach read and inspired me to make this: 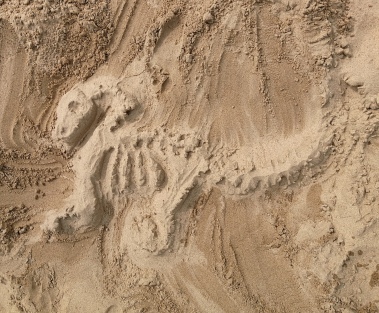 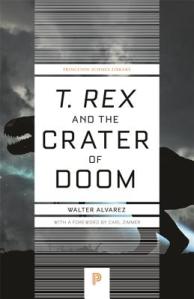 Steve Brusatte writes, T. Rex and the Crater of Doom by Walter Alvarez is “to my mind, one of the best pop-science books on paleontology ever written.”